Instant Pots have smart programs to help you cook more conveniently. Wondering about the Instant Pot Soup/Broth Setting? Check out what I learned in looking it up.

The Instant Pot Electric Pressure Cookers have smart programs that they created based on extensive testing. They are used to control heat intensity, temperature, pressure, and duration at the click of a button. The Instant Pot Soup/Broth setting is one of these programs.

What does the Instant Pot Soup/Broth Setting Do?

Like the other Instant Pot Smart Programs, the Instant Pot soup Setting presets the cooking pressure, heat intensity, temperature, and time. This program is designed to bring soups to a slow simmer so they have a clear broth.

The Instant Pot soup setting sets an initial cooking time and you can adjust as needed. By default, the button cooks at high pressure for different lengths of time.

And before you make a purchase, make sure you double check the Instant Pot soup button is available on that particular model. It’s also possible that earlier versions of a model doesn’t have a button and it’s added into new models as they adjust the functions of a specific Instant Pot Model.

Which Instant Pot models have the Soup Setting?

Of the models, the Instant Pot Duo Nova along with the Lux, Duo, Duo Plus, and Ultra series include the soup/broth setting for the 3 quart, 6 quart, and 8 quart models. And in the specialty models, the Viva, Smart, Max, and Duo SV also have the button.

And as mentioned before always double check the Instant model before you purchase because it’s also possible a button that was available before is switched out for a different program. Or in some cases the button is added to newer Instant Pot versions.

* On the Instant Pot Duo, the button is labeled as Soup.

** As part of the Instant Pot Evo Plus “Pressure Cook” button are presets including: Soup, Bean, Egg, Rib, Poultry, Chili, Stew, Beef, Pork, Seafood, Broth, Sterilize, Potato, Broccoli, or custom. This version of the program cooks at both high and low pressure.

What if your Instant Pot doesn’t have the Soup Button?

Don’t worry. You don’t have to miss out on making soup or broth recipes dishes in your Instant Pot if it doesn’t have a soup button. Most recipes use manual (or pressure cook) in the cooking instructions.

Check the recipe to see if it includes any special instructions on time or ingredients to help you have a great finished dish.

And with soup more than most dishes you’ll cook, be sure to be careful you both release the pressure as well as open lid.

Over to you. What do you think about the Instant Pot Soup/Broth Button?

Is this a setting you want on your Instant Pot or are you trying to make soup with a manual setting process?

As part of your Instant Pot research, don’t forget to take a closer look at the other Instant Pot Smart programs to help you figure out which options are the most important to you. 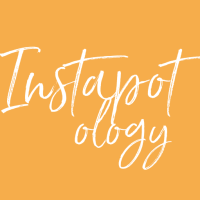